Robert Mitchell is Associate Professor of English, Faculty in the Institute of Genome Sciences and Policy and Affiliated Faculty in Women’s Studies at Duke University. His research concerns the relationships between the sciences and prose and poetry of the Romantic era, as well as the role of theories of emotional communication (for example, sympathy and identification) in eighteenth-century and Romantic-era philosophy and literature. He also works extensively on contemporary intersections between information technologies, genetics, and commerce, especially as these have been played out in the legal, literary, and artistic spheres. 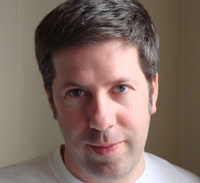 Mark Hansen is Professor and Director of Undergraduate Studies in Literature, and Professor of Art, Art History & Visual Studies and Arts of the Moving Image at Duke University. Ranging across a host of disciplines, including literary studies, film and media, philosophy (particularly phenomenology), science studies, and cognitive neuroscience, his work seeks to theorize the role played by technology in human agency and social life. His research has paid particular attention to the role played by visual art and literature in brokering cultural adaptation to technology from the industrial revolution to the digital revolution. 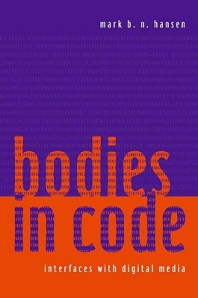 James J. Hodge received his BA from Oberlin College, MA from UC Santa Barbara, and PhD from the University of Chicago. His dissertation, Animate Archaeology: New Media and the Aesthetics of History argues for the significance of animation for articulating historical experience in the information age. His research interests include new media art and literature, film & media theory, and animation.

Kaila Brown is a third year graduate student in the English Department at Duke University with an abiding interest in philosophy and literature. Though her research continues to evolve, her studies consider 20th century literature and the legacy of phenomenology in the context of scientific discourse and religious tradition. She also works as an assistant for the Center for Philosophy, Arts and Literature at Duke University. 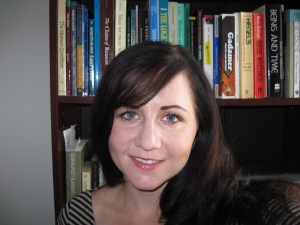 Leonore Fleming is a graduate student at Duke University working on a Ph.D. in Philosophy and an M.S. in Biology. She works on philosophy of biology but also has an interest in Wittgenstein and Ordinary Language Philosophy as well as the relationship between Phenomenology and the ethics of Biomedical Enhancement.  She is also the assistant director for the Center for Philosophy, Arts and Literature at Duke University.